HoneyTree Early Learning Centers began as a collaboration of love and vision between husband and wife, Kathy & John McLeod, and was born out of a desire to merge their passions of providing excellent childcare (Kathy) and entrepreneurial spirit (John).  It was “born” in 1975, in Sterling, Virginia, after John had recently left the Navy (Nuclear Submarine Office) and Kathy (then a mom of 1-to become a mom of 7) was ready to embark on a new and fulfilling career in childcare.

While not a financial success – due to factors such as poor location and visibility inside a strip mall – the first HoneyTree was a learning experience for husband-wife team and only strengthened their resolve to forge ahead with their dreams.

In 1977, John-now working as a CPA-relocated the family to Roanoke, Virginia, to open a new branch office for the firm for which he was working.  In 1979, HoneyTree began in Roanoke.  Kathy and John rented a small facility behind the Roanoke-Salem Plaza and yet again, had years of learning and growing as business owners and childcare providers as they navigated the highs and lows of this location.  While not the most ideal of buildings to house a functional childcare facility, and still not a financial success, these early years in Roanoke taught John and Kathy much about what they DID NEED for success: a building designed specifically for childcare to include plenty of space for children, both indoors and outdoors.

In 1984, the first HoneyTree building specifically for childcare was opened – and it’s still open to this day!  This is our Salem facility, which is located directly across from the VA Hospital.  While the business was still not profitable by this time – and Kathy not drawing a salary – it was the foundation of the company we have today.

In order to secure a bank loan for their “dream” facility, John and Kathy pledged every asset they had (including their home and vehicles). Determined to see her dream come to fruition, Kathy – now pregnant with twin daughters - would go over and watch construction of the site every day.  While it appeared that she was merely supervising the construction, Kathy was actually visualizing her dreams coming to fruition.  She would mentally picture every classroom layout, each teacher and child interaction, and every piece of furniture and playground equipment.  Kathy was watching her dream come to life before her very eyes!

While HoneyTree did purchase some existing childcare centers over the years, the majority of its buildings were designed and built by Kathy.  The business finally became financially successful – with Kathy drawing a salary in 1989 – after 14 years of molding, shaping, forming, and striving for their dream.

After the Salem VA Center was completed the Company continued to open with other expansions:

Along the way, HoneyTree has entered into strong and long-standing partnerships with the two largest hospitals in the Valley: Lewis-Gale and Carillion.  Both of these entities felt that their employees deserved quality childcare at affordable rates – that’s where these partnerships proved mutually beneficial and why they still continue to this day.

In 1986, John, with Kathy’s support, left his employer to start his own CPA firm: McLeod & Company.  As John’s good job and salary had subsidized HoneyTree in its early years, now Kathy and HoneyTree could, in turn, subsidize and support John’s new enterprise.  Eventually McLeod and Company came to be the largest CPA firm headquartered in Roanoke with hundreds of corporate and individual clients – All because HoneyTree was successful!

After 33 years of accomplishment, Kathy retired from HoneyTree in 2008.  John sold his CPA firm in 2010 and remains active in HoneyTree and other family businesses to this day, including the McLeod Family Foundation (formed by John & Kathy in 1996) which gives back to the community that has given so much to them.  To date, the McLeod Family Foundation has donated over $800,000 to various charities in the Roanoke Valley.

Today, HoneyTree has 12 childcare centers in the Roanoke and New River Valleys. The centers are staffed by over 200 caregivers serving over 1000 children and their families.  HoneyTree has the frequent pleasure of serving children today whose parents and grandparents were cared for at our facilities as they grew up here in the Valley.  This rewarding experience happens more and more frequently as the HoneyTree family of kids continues to grow year after year.

Even with all the growth over the years, our vision remains the same today as it did when our founders, Kathy and John, started. 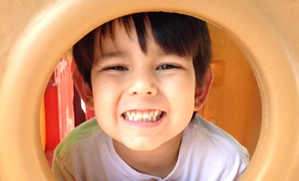 Do you have any questions?

Receive our rates and general information to enroll.

We provide a quality program in a safe, supportive environment.

Learn About Our Programs

To be a support system for families and celebrate children.

11 convenient locations in the Roanoke and New River Valleys.

All the pieces for a happy, healthy childhood.